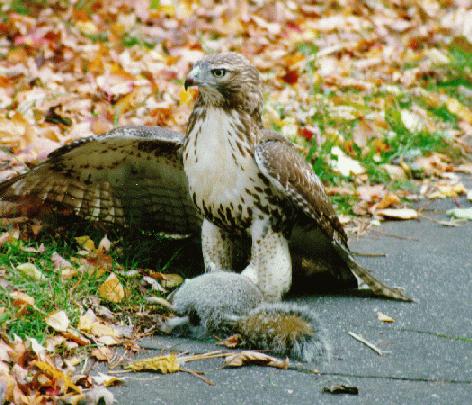 Here's a hairy shot from the Koln Zoo. 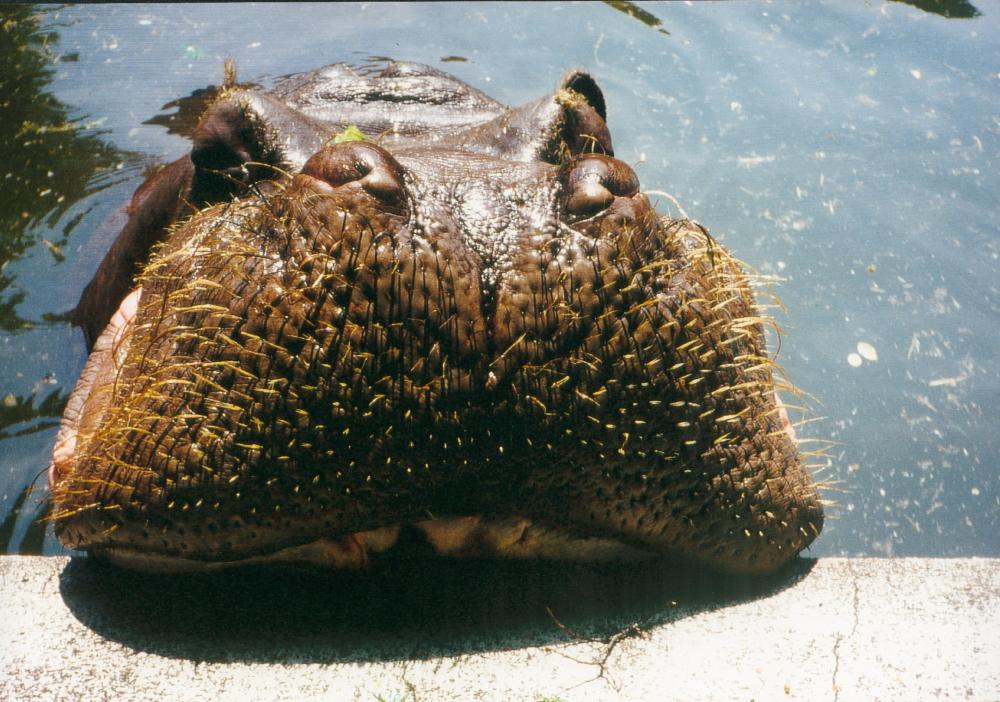 Some animals are easy to find in Zoos, but it's always a thrill to find them in their natural environment. Here's a shot taken in March 2000 in Australia. Just seconds before I almost run into one Emu when it was crossing the road. 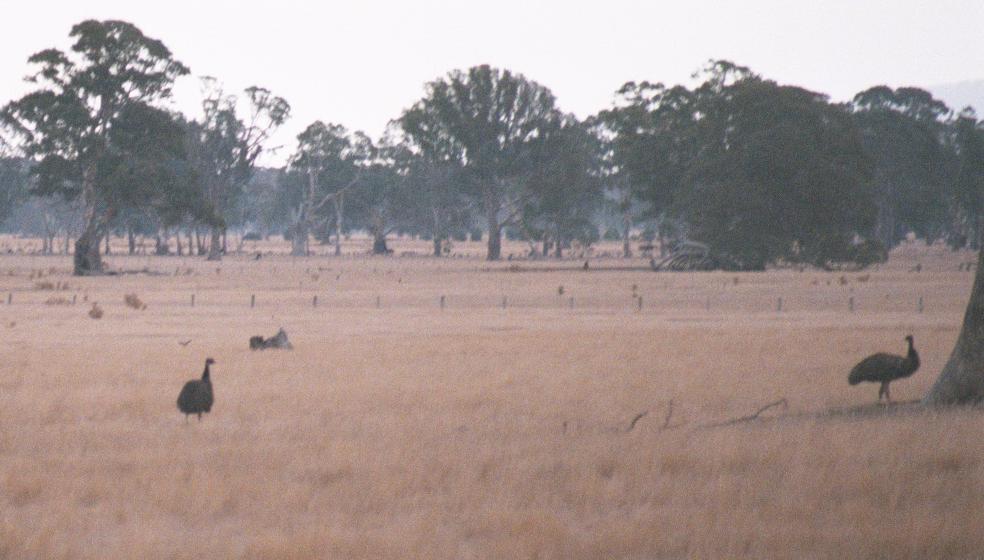 Here's another similar shot - can you spot the animal? The picture was taken near Mount Arapiles. I had spent almost a half day trying to track these animals in the forest. 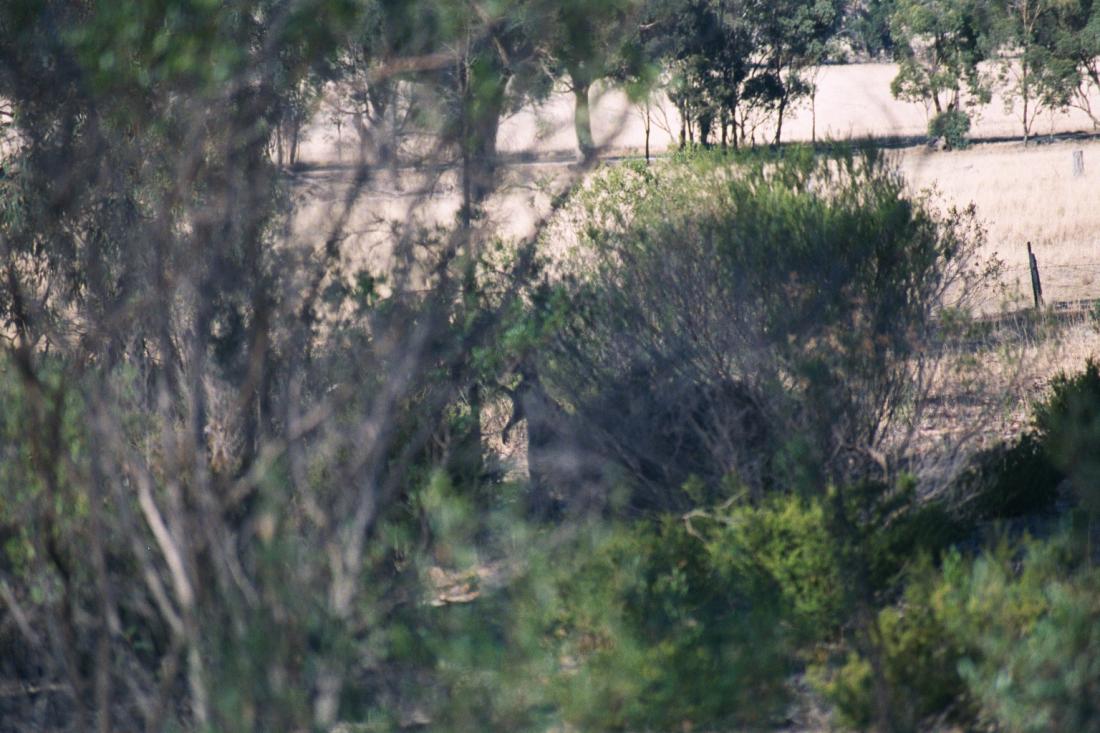 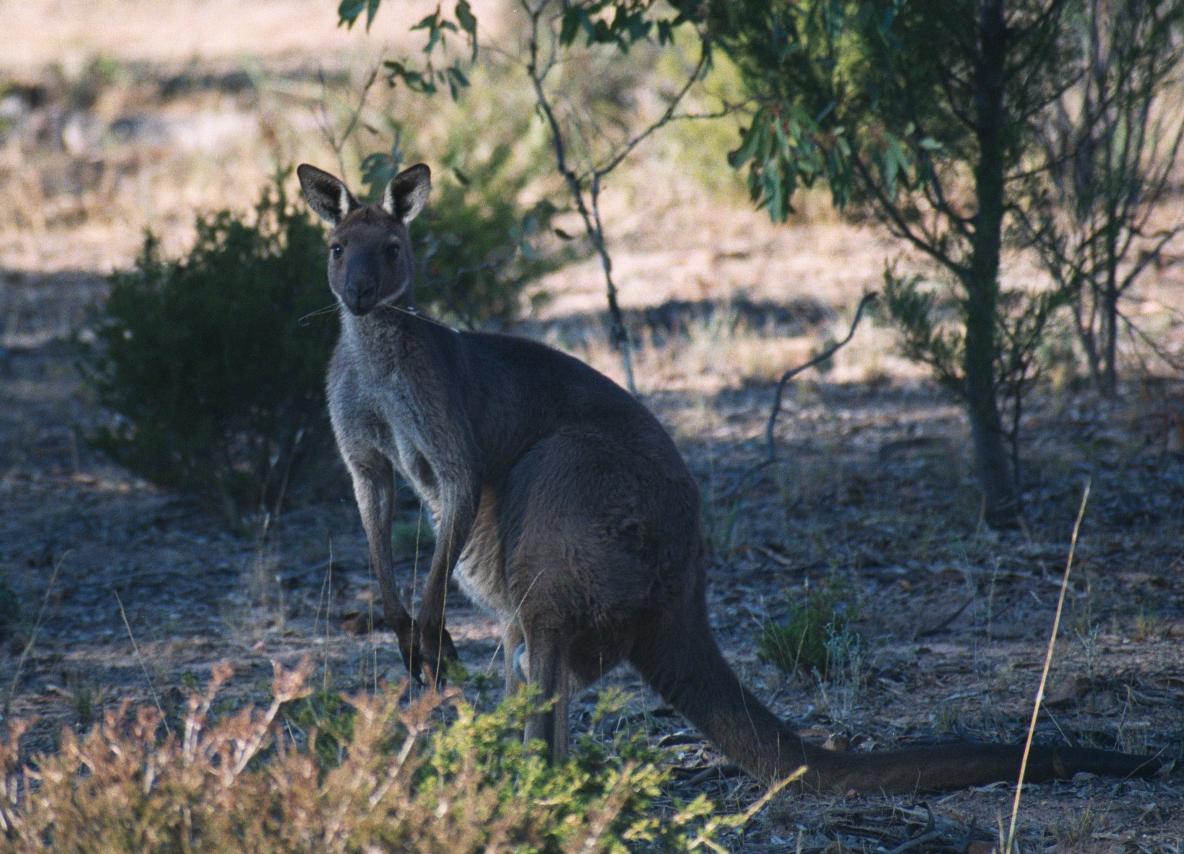 On the Pasific coastline between Santa Barbara and San Francisco, you can spot some sea lions: 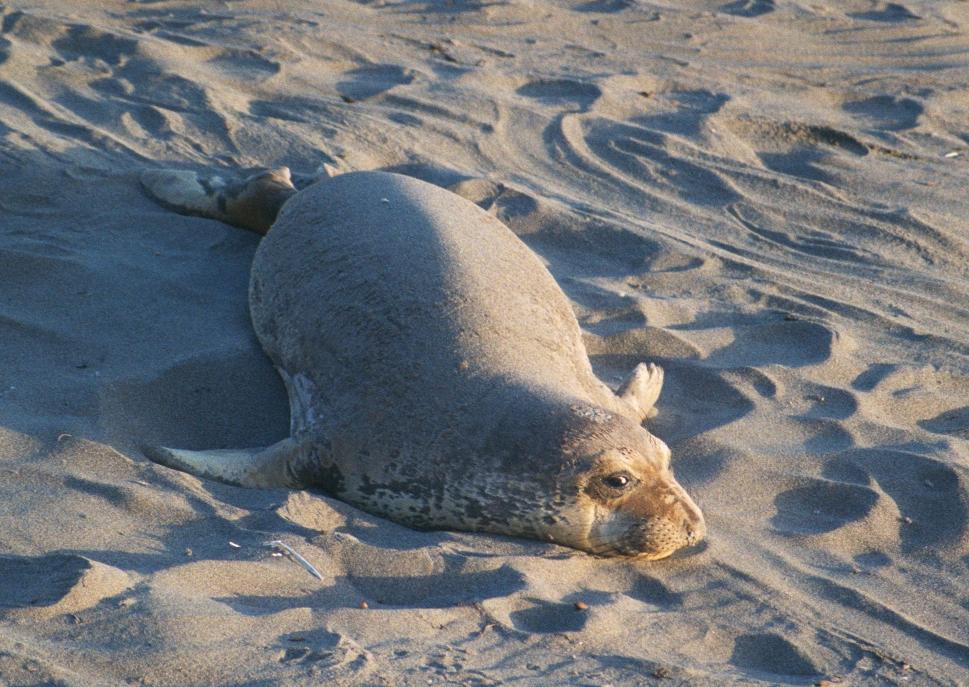 Sometimes the natural inhabitants are getting used to humans. This squirrel checked out my backpack near Half Dome in Yosemite. 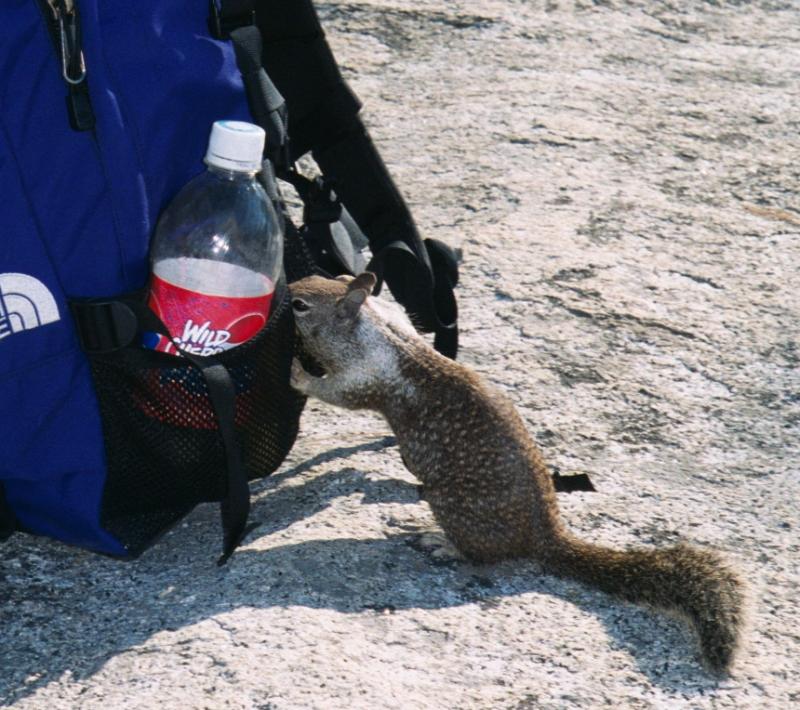 But back to the zoos. Adelaide, Australia has a zoo where the visitors can walk among and feed the kangaroos and emus. 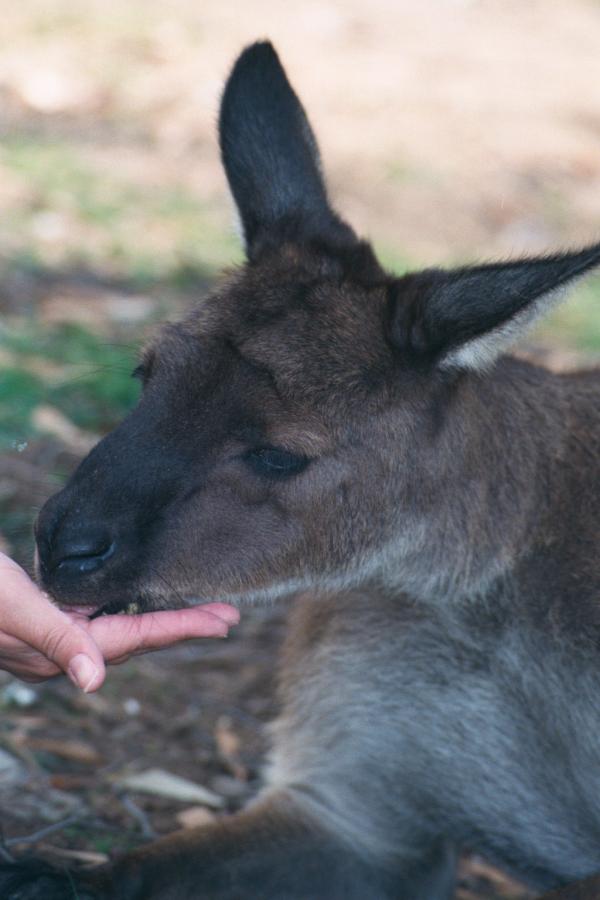