In May 2001, the company sent me to Phoenix, Arizona, to a meeting. In the following weekend, waiting for my next engagement in California I had the pleasure to try some climbing in Arizona. 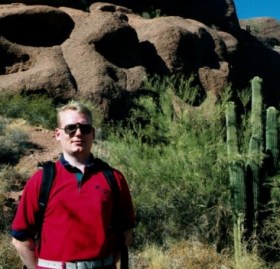 Before my trip, I had visualized Phoenix as a hot city in the middle of a flat, sand-filled desert. Well, it was hot allright - highest temperature we experienced was 43 degrees Celcius, and the environment could indeed be characterized as a desert. But not a flat one! There were many reasonable-sized mountains right in the heart of the city, not to mention various bigger size mountains visible in the horizon.

These mountains offer very interesting hiking as well as climbing. For hiking, there are many possibilities. Two routes I tried were in the South Mountain area, the highest point being 2400 feet and in the Camelback Mountain, the highest point being 2700 feet. The vertical gain of the hike to the top was around 1300 feet in both cases; roughly an hours trip one way. The South Mountain is further away and less popular. The trails are easy, and a road leads to the top of the mountain which can be used to take the tired hikers back home, if a car and a willing driver is available. The heat and sun presents a challenging environment even for smaller hikes; those of us not used to this kind of heat found ourselves drinking plenty of the water we had brought with us. And heat kills: in the same week as we were in Phoenix, several people crossing the border illegally from Mexico died in the desert not far south from us. (I'm pretty sure the cold shivers I was starting to have at the end of our first walk were not a good sign. I later learned that being in the shade is a good thing, as is sufficient rest.) 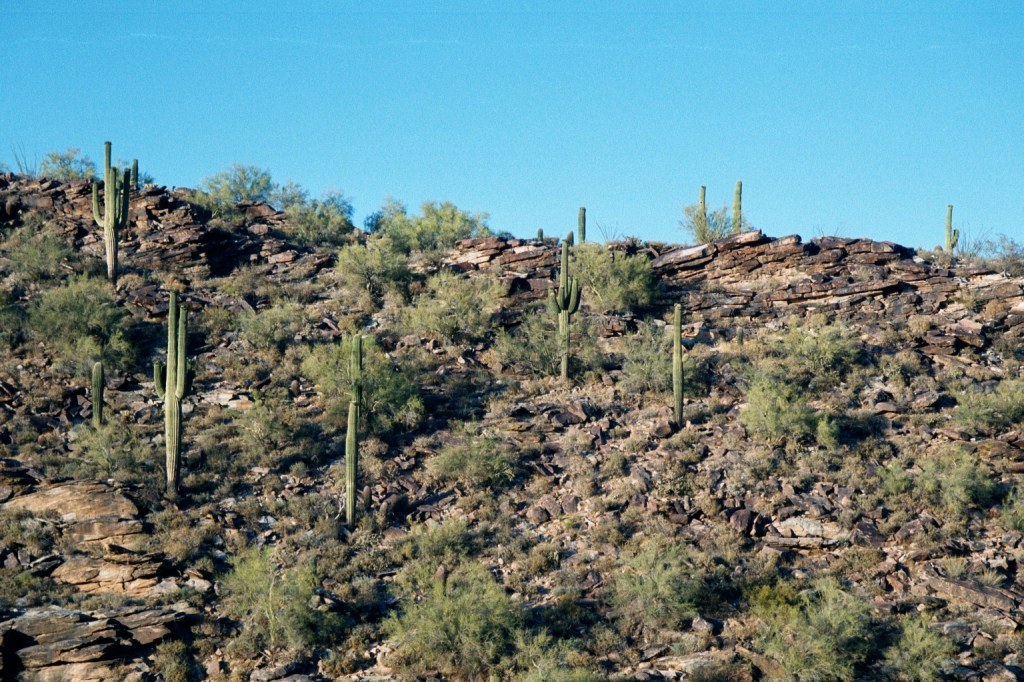 Luckily for us, a bus awaited us at the top of this trail. We were quite happy about that... 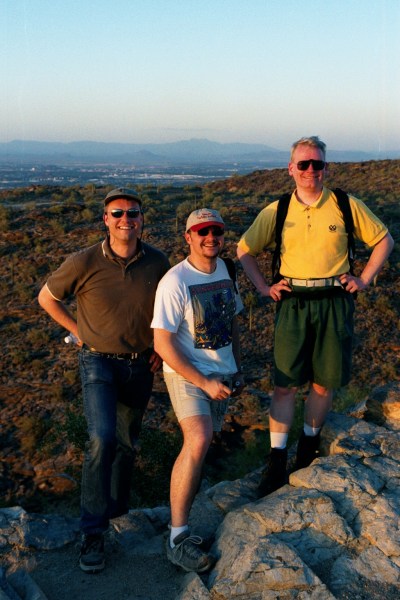 While the South Mountain is beautiful and has an endless number of trails, I found the Camelback mountain more interesting. This mountain is within the city of Phoenix and is easily accessible from a place called the Echo Canyon. 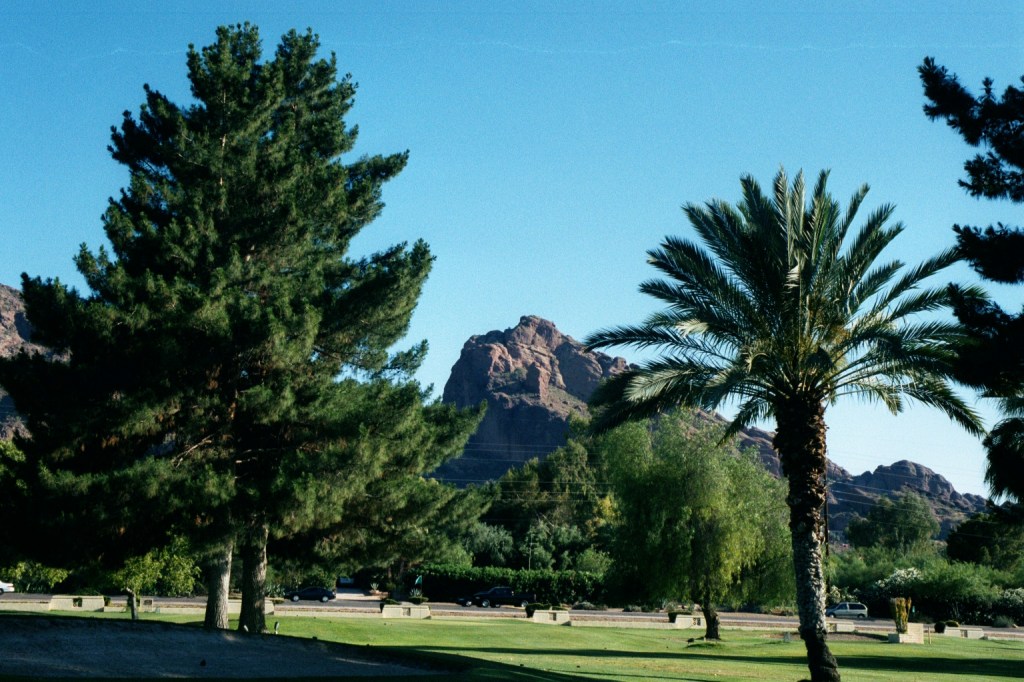 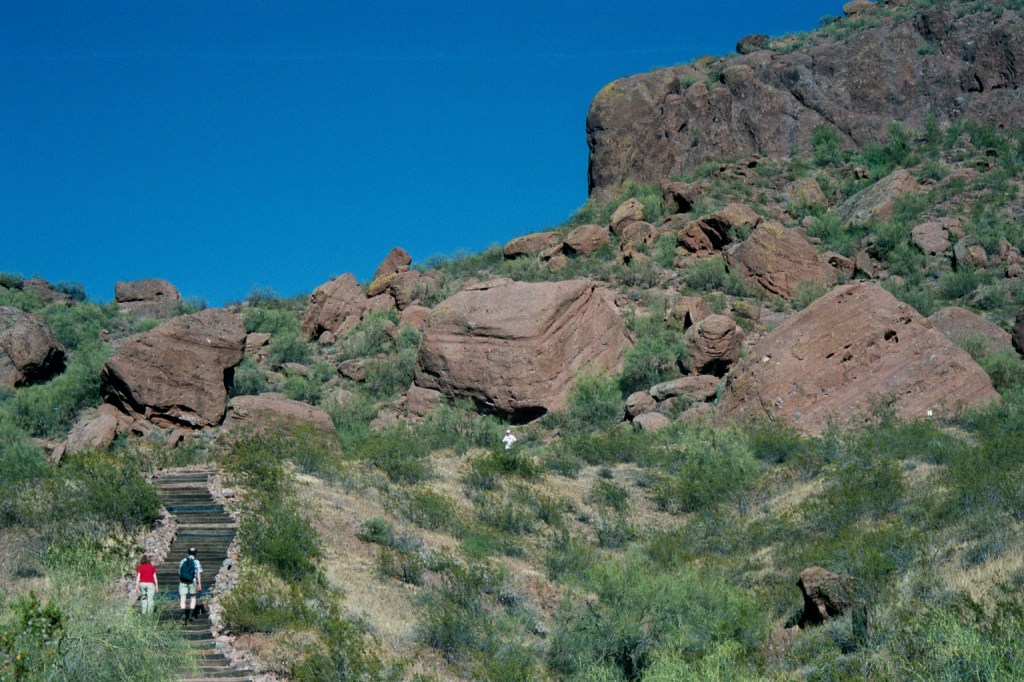 What makes this mountain remarkable is its strange, Swiss cheese form: the top part of the mountain consists of large, red, round sandstone forms full of holes and caves. Another factor which makes this mountain more interesting is that the climb to the top is steeper and demands more effort. From the top a beautiful view opens to all sides, including the artificially watered Golf courses in the Paradise Valley. The downside is that parking at the bottom of the mountain can sometimes be problematic. 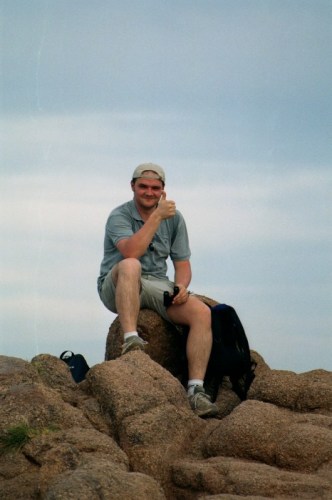 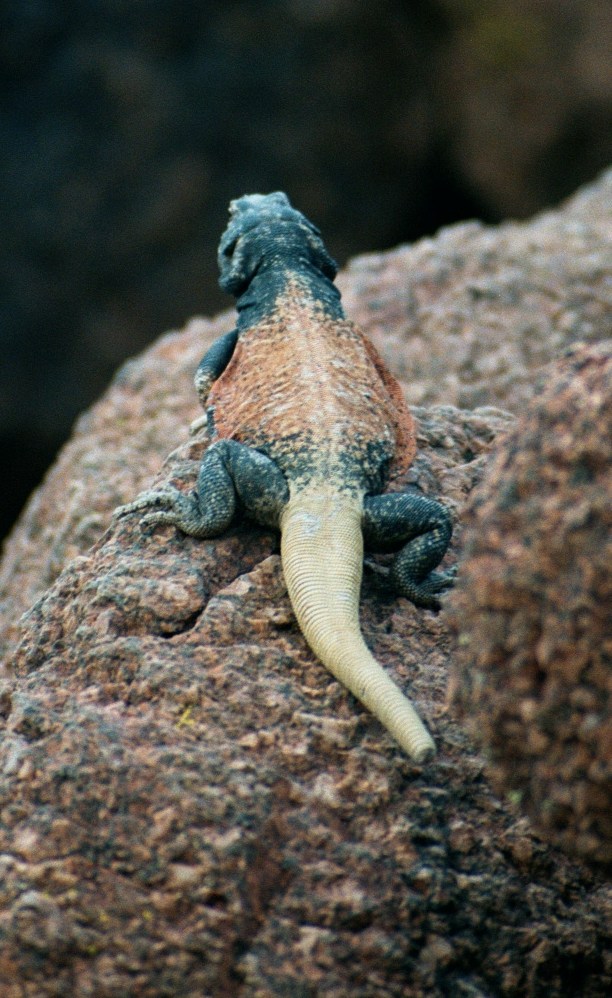 But enough about hiking, let's talk about climbing. Next we will discuss Climbing Alone in a Foreign Country.