A night view from the Empire State Building 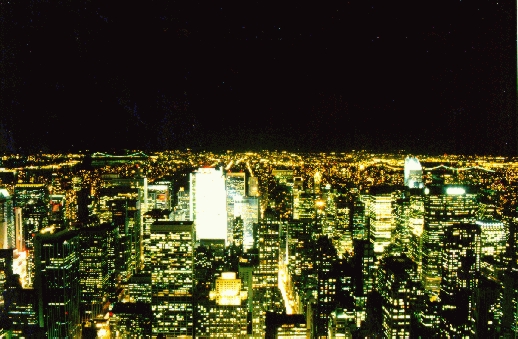 The owner of a newspaper empire, Hearst, also built a different kind of an empire on the Pasific coast of California. Complete with several own airports, a private zoo, and a roofed pathway for horseback riding, the place is crowned by a castle and its pools and gardens. 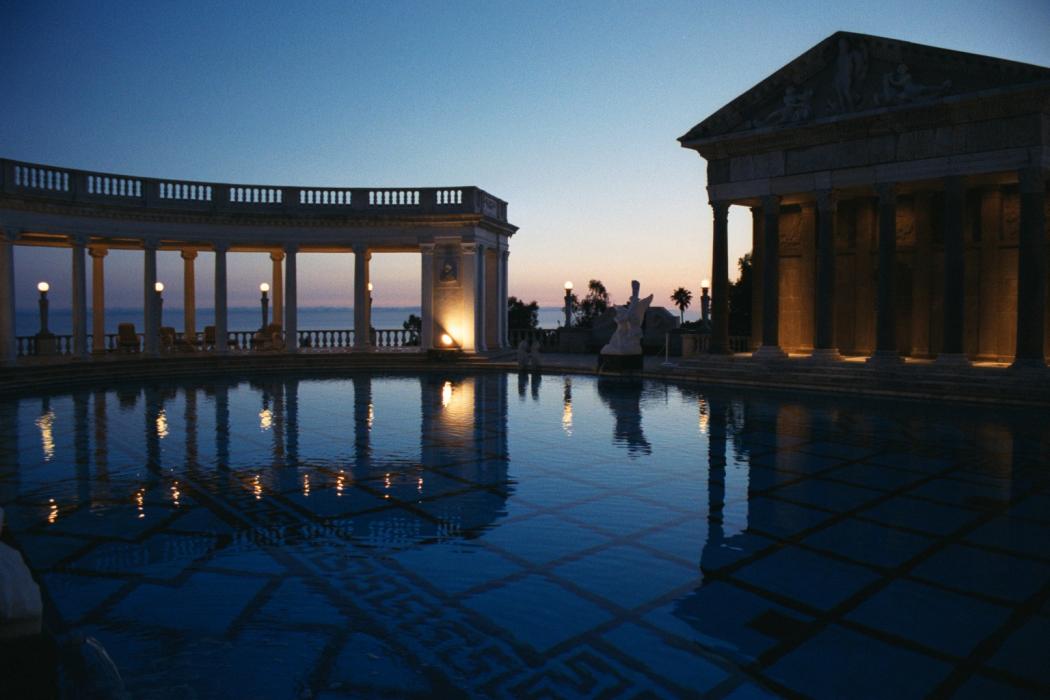 Here's another shot of the pool. 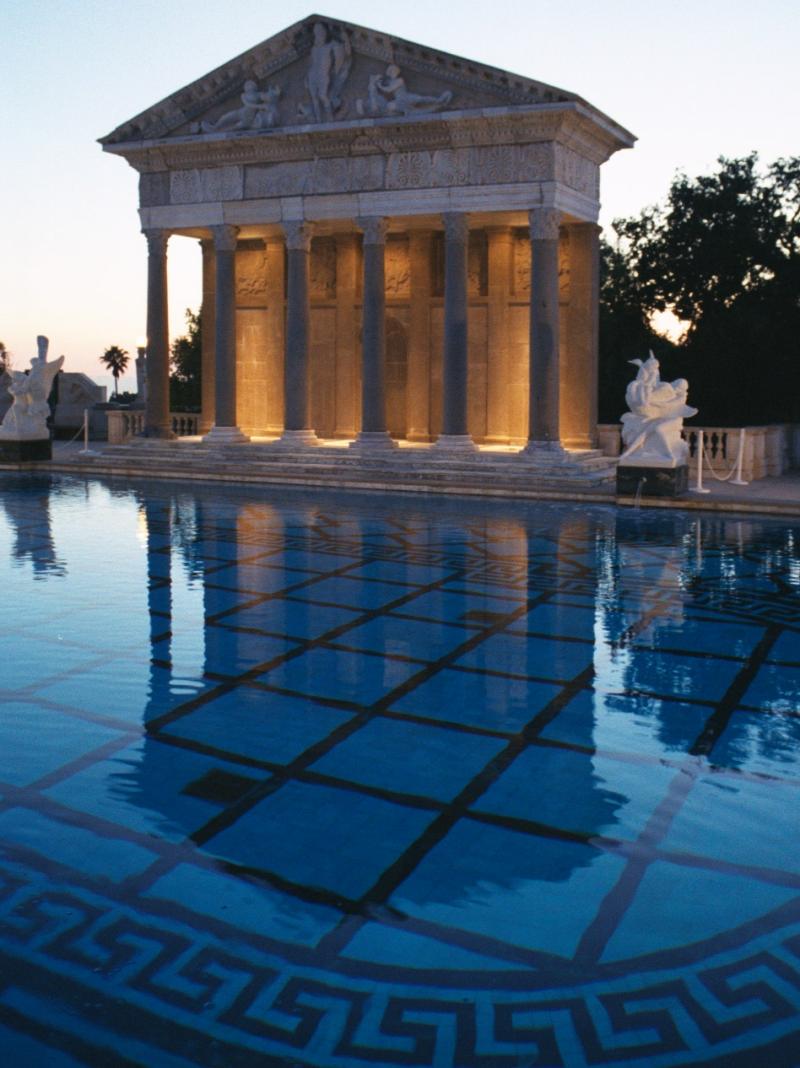 Here are some floating houses from Granville Island, Vancouver: 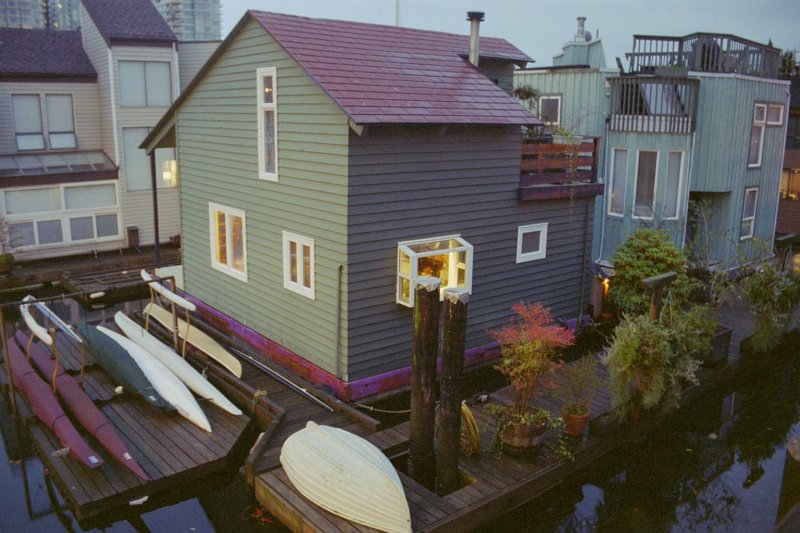